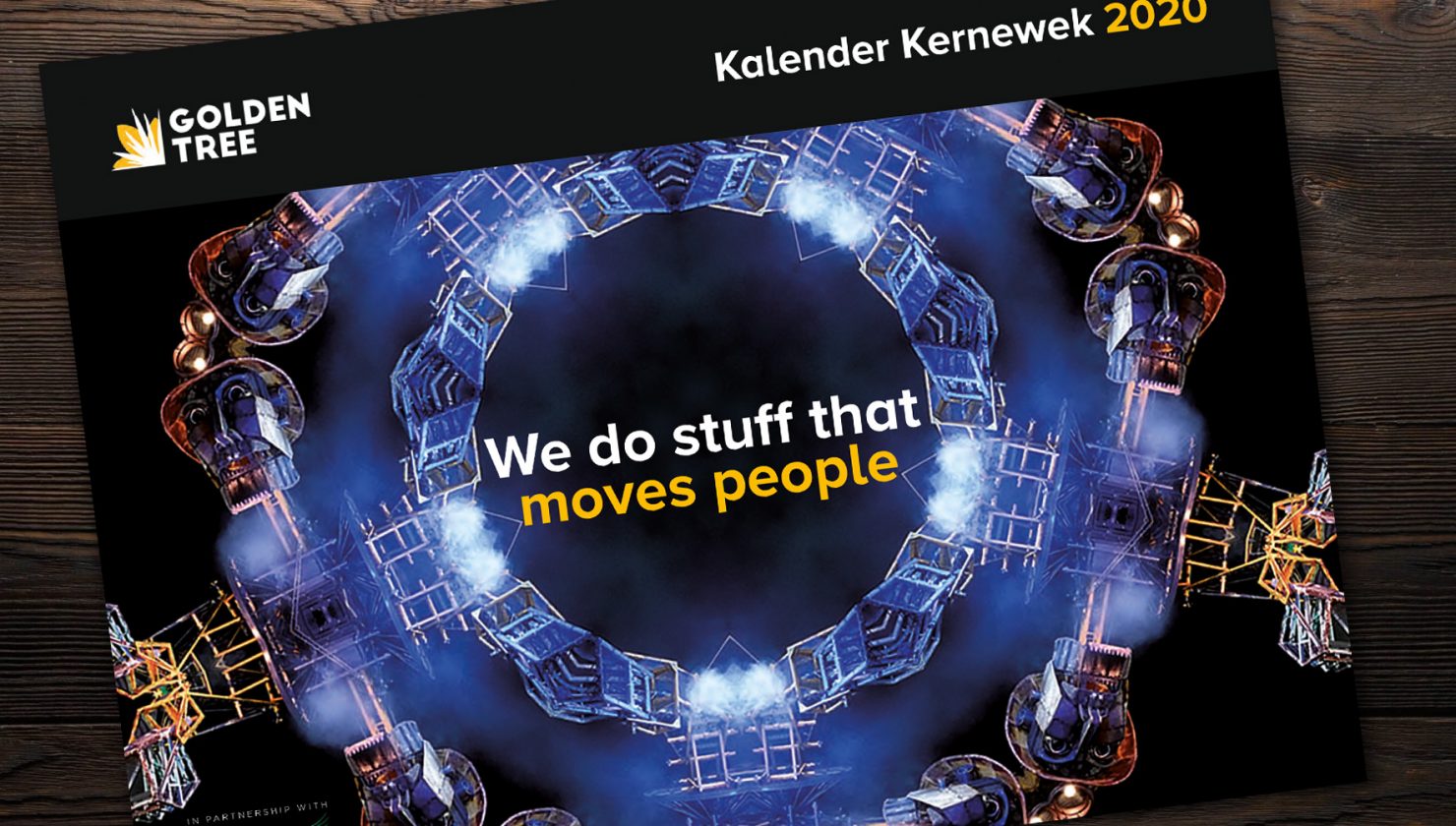 There’s a brand-new bilingual calendar adorning the walls of many offices and schools up and down Cornwall.  The 2020 cultural calendar celebrates the partnership between Golden Tree and First Kernow buses. Golden Tree also happens to be launching their new website in January 2020, so the calendar is perfectly timed to celebrate the look and feel of the company’s online presence as well.

It all started five years ago, over a pint in a pub (The Yacht Inn, Penzance). That was where Will Coleman, Artistic Director of Golden Tree Productions, first met up with Marc Morganhuws and Alex Carter from First Kernow buses.

“Off I went on one of my usual rants about the potential of Cornish culture and language,” said Will “the extraordinary thing is that they were actually listening, nodding and agreeing!”

Before very long, the bus company had committed a serious dollop of dosh to a mad-cap idea to build the largest mechanical puppet ever constructed in Britain; a forty-two foot steaming behemoth of a metal miner to celebrate the Cornish Mining World Heritage Site (what could possibly go wrong?). In fact, First Kernow put their money on the table before even the CMWHS itself did – as such, the bus company could make a serious claim to have kick-started the entire phenomenon that became The Man Engine.

Since that initial encounter over a beer, First Kernow have supported a huge range of Golden Tree’s cultural, heritage and arts projects – all designed to uncover and celebrate Cornwall’s distinctiveness and diversity.

Many people have been moved by one or another of Golden Tree’s projects, but very few people realise the actual breadth of the work the company gets up to: